Where rape is ok

In South Africa people rape gay women to get them to end their homosexual ways. 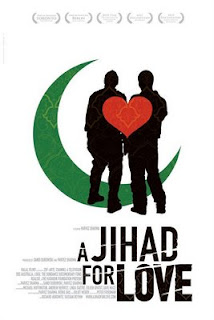 Be sure to watch the short video linked above. Thanks to a friend on Facebook for the link.

You can also check out the video "A Jihad for Love", a documentary about Islam and homosexuality. In many nations with a Muslim majority, there are laws based on interpretations of the Quran that are used to monitor, entrap, imprison, torture and even execute homosexuals. The film is pretty well done and does not try and separate from Islam, but rather get members of the faith to rethink their views of homosexuality.
Posted by a.eye