From a young age, the family began traveling to Nigeria for summers or for the Christmas holiday.  I began to know my maternal grandparents more and more as I grew.  Both of them also visited StL pretty regularly, too. 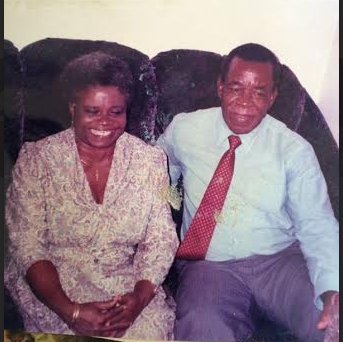 I will never forget watching episodes of Jerry Springer with Grandma and her turning to me to ask, “What does ‘nahmee’ mean? Took me a while, but, I finally figured out that she was referring to the slang drawls of people saying (never really using it as a question) “You know what I mean?”

I don’t remember how the nickname started, but my grandpa always referred to me as Ada-Potato-Ada-Potata. I loved it.  I loved having a nickname that he anointed me with and that he called me and that some of my aunts and uncles started to call me, too.

My grandfather was really incredible.  I mean that.  It is unbelievable some of the things he has accomplished in his life!  If you don’t believe me, read at the Vanguard, or on this blog.

Even when I was small, I was impressed by how in awe so many people in the village were of him.  It was like he was a celebrity.  I wanted to know why.  I learned that he was a judge – the first judge to come from his village.  He not only became a judge, he became really big and handled some really big cases.  This was impressive even to me - a child of a lawyer.  I mean, how many people have a grandpa who was a classmate of Margaret Thatcher in school?

I cherished hearing him tell tales of his times in England when he visited us in the States and we could take up all of his attention without others around as it tended to be in Ohafia.

At the same time, I loved seeing him in his element at home – more and more often in more casual wrappers and undershirts as he got older.  Not in suits and ties and judges robes any more, but still looking distinguished at all times.

Over the summer, news reached me that he was growing ill.

My first thoughts were about how it had been so long since I’d seen him.  Then I went to thinking about how I needed to immediately buy my tickets to Nigeria for December 2014 so that I could visit him and Granny.

Each new message from my mom about her father was a little more unsettling.

I barely slept all summer thinking of him.  Hearing his voice.   Hearing him say my nickname.  Seeing him on his balcony entertaining guests.

At the beginning of August I found out that my big brother was going to Naija with his fiancée and my mom.  I jumped on that trip real quickly.  It would coincide with the end of summer school that I was teaching.

After tickets were bought, knowing I was going on that trip and would see him again gave me my first decent night’s sleep in a really long time.  I was going to get to see him again.  We had word that he was eating again. My aunts even were sending pictures of him sitting up and looking alert.  Much thinner than Grandpa I had seen 6 years before, but still alert and smiling.

Six years.  How had I let it go that long without getting to Nigeria?

I had a train to DC scheduled for the last day of summer school; I’d meet bro and Slaw (my loving name for my one and only almost-sister-in-law) and Mom and then the next day we would fly to see Grandpa, Granny, and the rest of the family.

During an end of school year staff meeting, I missed a call from my mother.  I called back as I walked out the door on my way to the subway that conveniently was right outside the school. I was on my way to get home, pick up my suitcase, and head to Penn Station for my train.

Very calmly and almost like she was just stating facts like that I am her daughter and my skin is brown, she said, “We were too late.”  She went on to say more, but at that moment, those four words shook me to my core.  My heart literally seemed to skip a beat which caused my lungs to not inhale and for me to stop walking and lean against the side ledge by the school.

How could we be too late?  How did our quick, perfect plan to see him one last more time before IT happened not work out?

I listened to details about how he had passed on with Granny right by his side.  I think that at first this gave me some relief, but then that relief turned to fear that maybe since he died in his sleep she had not been able to say a proper goodbye to her life partner of 60+ years.

Even though the subway stop was less than 20 meters from where I leaned, I took a walk.  I walked and I walked.  I passed two more subway stations.   I just kept walking.  I cried as I walked – at first I hoped that my large sunglasses and the fact that it is NYC and crazy stuff is seen all the time on the streets would keep me inconspicuous.  Then I stopped carrying and just kept crying on my walk.  I got on a train. I cried on the train.  I had to transfer to another train and cried on the platform while I waited and then cried some more on the next train and on the walk up to my apartment.

I tried to stop so I could give the news to the boif that the suitcase I packed so immaculately sitting in the middle of the living room would not be put to use for that last visit, but I could barely get any words out.  I stuttered through my words as tears choked my voice.

We wanted to transfer the flights to whenever the funeral would take place.  That is something I don’t want to miss.

That suitcase stayed in the middle of the living room floor for almost two weeks.  Taking items out and moving the case would mean that it was really real. Grandpa was really gone.

As weeks have gone by it has sunk in more and more that it is the end of an era.  Despite that he is gone, I continue to learn more and more about my Grandfather and to become even more and more impressed by his professional accolades and his dedication to his village town.

I also continue to burst into tears at random times and in random places when I think of him, hear his voice, or see him either in my memory or in pictures.

I know he was older and older people – and all people – have to die.

I also know that he has influenced my life in so many ways.

Since I was small, I have wanted to live in a home with a balcony in the front (or at least a front porch area large enough for many chairs) so I can people watch and also so that people can see me as people saw Grandpa and just stop by for a visit.  I have only thrice succeeded in garnering an apartment with a balcony, but they are never substantial and are always in neighborhoods not conducive to walk-bys.

I have not been able to have an open-door policy with my home, but do so with the same welcoming spirit as my grandfather with my classroom.

Because Grandpa was so educated and spoke with such clarity, I have pushed to learn more and more.  Each day I push to either use my word-of-the-day dictionary app to learn a new word, read various types of articles and books, or watch educational, eclectic, informative shows and movies on tv.

I remember how much pride it gave me when my parents and siblings would say I was teaching someone in the house something new each day; the joy I felt when my father was so impressed that his non-medical school daughter understood and could explain medical terminology and concepts; I loved being there when my mother and her lawyer colleagues were shocked and awed by my legal knowledge at a legal trivia night; I enjoy shocking my students when they ask their social studies teacher if they can go see the math teacher for help and I am able to help them with their problems.
I do it all to honor ALL of my grandparents. 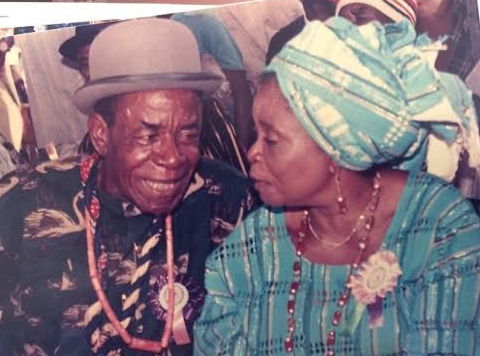 It took me a long time to put pen to paper to write about my grandfather. Each time, I would try to try to even THINK of what I wanted to say, my thoughts would get jumbled.  I would start to cry so hard that it was purposeless to try to create this.  I am glad I have finally done so – this creation was not without tears, just like all of my thoughts of him and of my family that I don’t see enough and don’t talk with enough.

I know that death is an inevitable side effect of making it out of a womb.

I also know that I need to do a better job of living.

I need to continue hearing Grandpa’s voice in my head telling Ada-Potato to honor him and all my predecessors by being generous and kind and loving – just like him.
Posted by a.eye