Bad moods can make me a genius???

Clearly science is on my side. 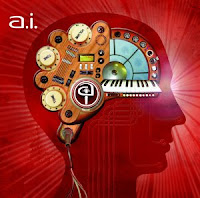 Researchers down under have found that, "bad moods can actually be good for you, with an Australian study finding that being sad make people less gullible, improves their ability to judge others and also boosts memory."

People who may be more sad are better and sifting through bullshit and with dealing with demanding situations.

More power to me when life gets me down.


People in a bad mood were also less likely to make snap decisions based on racial or religious prejudices, and they were less likely to make mistakes when asked to recall an event that they witnessed.
The study also found that sad people were better at stating their case through written arguments, which Forgas said showed that a "mildly negative mood may actually promote a more concrete, accommodative and ultimately more successful communication style."
"Positive mood is not universally desirable: people in negative mood are less prone to judgmental errors, are more resistant to eyewitness distortions and are better at producing high-quality, effective persuasive messages," Forgas wrote.

I don't really suffer from menstrual moods, but if any of you women do, rest assured that those could be the smartest times of your month.
Posted by a.eye