RIP George Carlin. He was even doing shows the week before he died. And he just got an award last week. He was seriously THE shit. And he was 71 years old. 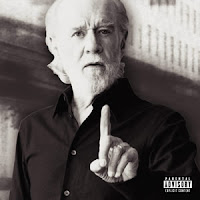 What was really cool about him was that he was more than comedy -- check this out from the New York Independent Media Center site: is it stand up comedy or political oratory?

I just got one of his older movies on Netflix a couple days ago reminiscing on how funny he was. Now watching it will be more of a tribute of sorts.
Posted by a.eye