Fight the powers that be

He is a little early with his recognition of Spike Lee (whose birthday is actual on the 20th of March), but hey, he was born earlier than his expected delivery day, so I guess eagerness is one of his character traits.

My nephew putting one fist up and giving ode to the Lee movie Do the Right Thing and Public Enemy's "Fight the Power"! 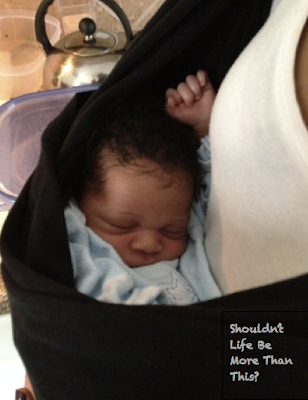 I guess he is Occupying the Sling and fighting either in favor of or against the idea of being so dependent on adults.
Posted by a.eye