I am still in shock a bit over MJ's death.

Here is an old post I wrote about him that kind of sums up the awe I have had for Michael Jackson and his art (7 reasons "Smooth Criminal" video and Michael Jackson's gang/gangster activities are awesome, as well as my anger at my brother for hording the red zippered MJ-like jacket). 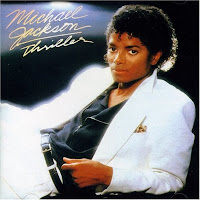 Thriller was the first real album I owned (if you don't count the Mickey Mouse/Donald Duck one and the ones that you played on the system that also showed pictures on the bottom as you read through the book with the record) and I still love it. I have been rocking out each time I drive as radio stations are still paying tribute. When I go outside and hear a car drive by blasting one of his songs, I smile and almost break out in the moon walk.

Hopefully he will rest in peace, as his life here seemed so full of turmoil.
Posted by a.eye 1 comment:

Imagine if we, too, were America

In the summer time, I get to really see more of what is going on in society. I get to see the numerous men who cannot find work, the people who struggle to find food, the kids who cannot afford to be sent away to expensive summer camps or even local sports camps. I get to listen to the hardships.

I get to see America and what it has or has not done for some of its people.

Imagine if it wasn't like this. Imagine if people on this side of the world used Twitter to let other people know the injustices going on in their daily lives just as the people in Iran are now. Imagine if people across this nation would shout out for justice to be served and equal chances to be given for its own people.

Imagine if we, too, were America.

This is Black Ice from Def Poetry.

Saturday mornings channels don't really show much for children anymore. When I was a kid, I used to love waking up and watching the various cartoons and children's shows. I have viewed some of them online or on the cartoon network and am surprised at some of the adult content that is hidden in the scripts and imagery. I guess they do that so that parents can enjoy the shows they are sometimes forced to watch with their kids. I know it's not a Saturday cartoon, but the Simpson's is an excellent example of this. Students in my classes are really shocked to find out the various historical references presented in the show. Some of them

after learning a subject in class often remember a cartoon they saw that had similar concepts. This year a student brought up an episode of Sponge Bob when we talked about the Bubonic Plague. One thing I hope that students remember after being in my class is a statement I use regularly: history is everywhere.

Sometimes, it is not history that is hidden in the cartoons. Sometimes it is sexual imagery or, as Dave Chappelle shows in the video below, possible drug-use.

Email ThisBlogThis!Share to TwitterShare to FacebookShare to Pinterest
Labels: its too early for all this, teaching

Moore, Chappelle, and Rock on police brutality: not completely comedic

There have been so many incidents lately of police "accidentally" hurting/shooting/killing people (brown people in particular) for weird/nonsensical reasons (wallets?).

Here is Michael Moore explaining some of the outrageous police brutality that has occurred in recent times. This is somewhat comical (as Moore often is), but the message is real and it is a shame that it has come to this.

The second video is Dave Chappelle talking about police incidents and 911 calls.

The third video is Chris Rock explaining how not to get your ass beat by the police.

Email ThisBlogThis!Share to TwitterShare to FacebookShare to Pinterest
Labels: annoyances, BS, discussions on race, i wish a mo-fo would, internalized racism

I've been trying to find a bra that fits well. Came across this diagram which might help people understand what type of breasts they have so that they can better search for the right bra. 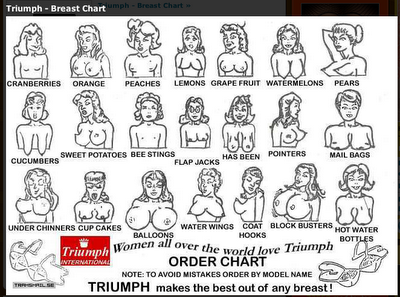 The company actually makes some good lingerie, too.
Posted by a.eye No comments:

Remember when Billy Dee Williams was the epitome of cool? That slick texturized hair. That too cool mustache. That look that of constant I-am-way-cooler-than-you-could-ever-even-imagine look. Those cool clothes.

Remember when you used to see commercials for malt liquor on television?

Well, I guess Colt 45 is trying to bring some of that suaveness back to their merchandise. Today, while driving down Forest Park Parkway, I saw an ad on a bus stop for Colt 45. Here's the advertisement: 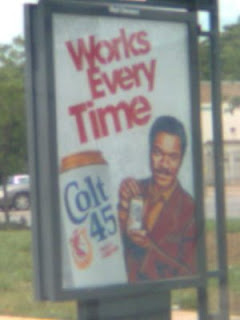 I guess they are trying to give The Most Interesting Man in the World a run for his money.

Too bad Billy Dee doesn't look like this anymore. Fortunately, most of the people who still drink Colt 45 still try and look like him, though. Well, unfortunately for all of us who have to look at them, but fortunately for the company.
Posted by a.eye No comments:

Email ThisBlogThis!Share to TwitterShare to FacebookShare to Pinterest
Labels: age is more than a number, impressiveness

I've always been a fan of the English language. I like to look up new words and learn the meanings of them. I also love editing people's writing.

Apparently, that is not a love that all people have. Today there is a prevalence of text-speak. It has grown so much that I actually have students turn in work with some of the words written as though they are text-messaging a friend.

It doesn't stop with the children, though.

If you are looking for a new church, the one behind my house always seems to have a lot of people. And they just got one of those electric signs that has words moving across it.

I guess that might be a room adjacent to their sanctuary - maybe where the choir practices before they come out and sing to the congregation.
Posted by a.eye 4 comments:

Another season of track behind me. Of course, there always has to be some kind of drama associated with the trip. This time it was the school's credit card being declined when I go to check in at the hotel. What?! Yes. Declined. It was already after school hours, so calling the AD didn't help much. Thankfully, though, he put the total on his card over night and called the school people in the morning to straighten it out.

Friday at the track, I had a moment where I almost reverted to anger over the old school State drama.

Sat talking with some of the people I coach summer track with. The guy who used to interview me when I was at the old place came up and sat down with the crew. Of course, he remembers me and asks if I saw how the old school did. I said yes. I was there the first day and checked in the second day to see how it ended up. He asked if I was mad I left so soon, I took a deep breath and told him that I had to leave for teaching reasons (sanity) and that I even though BG doesn't tell other people that he gets his ideas from me, I know, the other coaches know, and the kids have to have some sort of an idea. I told him that that team is like a cake. I made a home-made cake -- picked out the ingredients, made sure they all went well together, threw out the bad stuff, kept the good, baked, tasted, rebaked, until it was all good. BG has not just taken the pre-made batter, but still has the original cook adding the icing on the top.

My analogy that brings me peace. Cheesy, but it works.

The weekend was great. Even though I had just one kid competing, I had his brother come along. The kids are so awesome. Had me cracking up constantly. Coaches were cool too.

To top it all off, I was privileged to witness the high school national record holder for high jump. (Sucked that the year I get a high jumper through to state, there is a kid who has jumped 7'5 3/4" and is ranked #9 in the world.) Very nice to see.

And the summer track girls I help coach from the various schools did great. The high school I graduated from won the whole thing on the girls side.

And I didn't have to come out of pocket on the trip -- first time in years.

Now just one more day of school. Then a teacher work day. Then summer vacation. (My mantra and goal is to do like the munchkins (little people) from "The Wizard of Oz" -- "We get up at twelve and start to work at one. Take an hour for lunch, and then at two we're done. Jolly good fun."
Posted by a.eye No comments: