What what, in my what?

Yesterday I went to return the rental car I have been in for two and a half weeks.  I had kind of estimated a cost of the car over the course of the time I have had it in my possession, but I was not at all prepared for what the actual total cost was.

The lady had the nerve to tell me that I owed Enterprise $897 and some change.

As soon as she said that I wanted to start yelling out the words to Samwell's hit song, though he is more positive about this sort of experience.  I felt violated - and not in a good way.

I split up the money on the credit and debit cards and then walked over to the dealership.

It felt really nice to purchase a car that I have liked since it came out.

It also felt nice that my monthly payments on the car will be over four times less than I paid for 2 1/2 weeks of a rental.

I am a Mini owner.  This is my actual car in the picture.

Included with the owner's manual is an invitation to join the USA Mini Owners club as well as a catalog of a ton of merchandise, including dog food/water bowls designed from Mini.

Not sure if I will go that far with it, but I will enjoy my car.
Posted by a.eye 3 comments:

What is up yours? Seriously!

I work along side some pretty gross people.  They are people who, in the lunch room, will leave pieces way larger than small crumbs on the floor or on the table when they eat.  People who eat chilli, spill a small bit as they move their spoon past the bowl, and then leave that mess on the table.  When I go back into the room later to use the restroom, the mess is there, solidified.  These are people, who (based on the dirt and under-nail grime) often do not seem as though they have washed their hands since their last hunting weekend when they dug their hands into their recent catch.

Speaking of the restroom, it is in the same room as the lunch room.  There are two faculty restrooms, one is designated as the women's, the other for the men.  Usually, if one is occupied, a person will use whichever one is available.

These are the same restrooms that consist of possibly the worst invention ever in life.

Today, I went sat in the room before school to eat a tasty breakfast from the local donut shop - nothing like bacon, eggs, and cheese on a fresh bagel in the morning.  As I sat there, I was amazed at how clean the room is in the mornings after the custodial staff has cleaned the room.

I have been trying to up my water intake this week since my skin was feeling kind of dry.  So, I had to use the bathroom this morning before my normal lunchroom break.  I went into the bathroom and noticed that there was a strong smell of funk. As though I had gone in right after someone had really blown the place up.  As I quickly squatted to get my pee on, I was quoting the guy from Friday - don't go in there for about 30-40 minutes.

Just now (at the end of the day) I went in to tinkle again.

I stilled smelled what was now beyond funk.

The smell was so bad that I had to look closer at the toilet and figure out what the hell it was.

Some nasty-ass-mo-fo truly BLEW UP the toilet.

How do you shit and the stuff gets on the outside of toilet?  And it had to have been early in the morning, so what did you eat last night or this morning to make such a gigantic explosion force its way out of your bowels?  What has gotten into you?  Do you have some sort of parasite?  Do you have an even bigger aversion to dairy than I do?  Do you have giant monster in you that released itself through your nether-regions?

I have seen a toilet get clogged, but these toilets are the industrial kind that would probably suck your bowels right out of your ass hole if you sat too far into the toilet.

How did a person clog the toilet so much that the shit literally overflowed and lept out of the bowl and splayed onto the floor?

Help me understand.
Posted by a.eye No comments:

Another entertaining - though frustratingly true - video on education.

A man I work with said his pregnant wife asked him what he looked forward to about their soon-to-be-born child.  Man said he replied that the thing he loves most about his previous child (2-year old with his ex-wife) is that that daughter gets to go home - he doesn't have to be with her all the time and can send her back to her mother at anytime.

Not exactly sure he should be telling his pregnant, hormonal wife that.

And also sure that they should have discussed this before the new wife was 2 weeks away from delivering.

But at least the mother isn't doing things like put the baby in the washing machine like this mother... that I know of.
Posted by a.eye No comments: 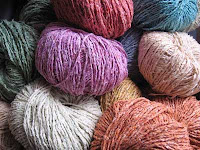 When I was a kid back in the 80s, each Sunday I would have to get dressed up for church.  Inevitably, this would include the super-thick stockings.  I think they must have taken a ball of yarn and tried to see if the stockings could be as thick as the ball originally was.  Although the color options were pretty great, these things were super itchy, super uncomfortably, and left me not ever wanting to wear stockings or panty hose ever again.

This week, I bought two pair of black tights/panty hose.  I really like how they look on other people and figure that after all these years, someone had to have come up with a better cloth make-up that would not cause the itching and irritation of the 80s brands.  I also hate wearing pants every day in the winter and tights are an easy option to still be able to wear dresses and skirts without freezing to death in the StL cold.

The tights are awesome! I rocked them two days this week so far.  Once with a dress and some pumps and today with a skirt and some boots.

I am a convert.  I want more colors.

I guess I just have to buy the quality ones instead of the cheap Walgreens brands.
Posted by a.eye 4 comments:

This is often the state of education...

Passed to me by another educator.
Posted by a.eye 2 comments:

A little tea before my ballot

This morning I got up early to go vote.

Unfortunately I didn't get ready fast enough to make it before heading of to teacher meetings at school.  I got off the highway to go to the polling place, but had to turn right back on once I looked at the time.  I didn't want to chance that the lines at the polls would be long and I would be late.

When I got to school, the first person I encountered was this staunch Republican with an "I voted" sticker on his sweater.

Then I sat down at the table to discuss some issues with the people in my department and noticed a large, bright red coffee container with Republican National Convention on the front.  At one point, one of the other super-Republicans (who regularly makes jokes about the super-Tea Partier shirt he wishes he could wear daily as an undershirt) grabbed the mug and rubbed it like a genie in a lamp and said something about how he hopes things will work out in the election today.

I was so disgusted.  I still can't totally put my hand around how an educator can support some of the initiatives the party supports.

After the meetings, I drove right to the polls.

I am not very optimistic about what the elections will mean for St. Louis, and for the nation, but I voted.

Hopefully, I can at least cancel out one of the other people's votes.
Posted by a.eye No comments:

The end of an era

For over a year, I my car has been burning oil.  At first I was putting two bottles of oil in every two weeks. Since the school year started, I have been putting oil in it every three days or so.  I could tell by just listening to it when it was bone-dry.  I felt special.

I felt a real connection to that car.  We've been through a lot together since spring 2000.

Friday morning I was on the way to work and when I got the stop light about 200m from the school building, the light turned red.  My car started to shake like my dad's old diesel Benz.  It was still pitch black as it was about 6:45 in the morning, but I assumed that the cars around me must have thought I was bumping to some really good music.

I carefully drove the car the rest of the way to the lot.

After school, the car started shaking as soon as I turned the ignition.

I turned it off and called the boyfriend to see what he thought of it.  Of course, his reaction was that my car had been broke for a long time.

I drove to the local 7-11.  When I got there, I checked the oil level, poured some more oil in and started it back up.  Now, the gas pedal had no effect on the car's movement.

Somehow, I got the car to move to the Midas that has become my go to place - about 15 minutes away on the roads (no way I was going to get on the highway).  The guys there know me by name and car.  They don't even charge me for some services since I have been there so much.  At one point there was something wrong with the car that they couldn't figure out.  They sent me to the dealer, but they had no idea.  Mike and Jamie (Midas guys) told me to tell them what the dealers discovered with their higher-tech tools.  But they continued to research and figured out what even Toyota's tools couldn't discover.

When I got to Midas, Mike looked at the car.  Called me in to the garage about 15 minutes after he started and gave me the news.

So, it is official.

Email ThisBlogThis!Share to TwitterShare to FacebookShare to Pinterest
Labels: annoyances, its too early for all this
Newer Posts Older Posts Home
Subscribe to: Posts (Atom)