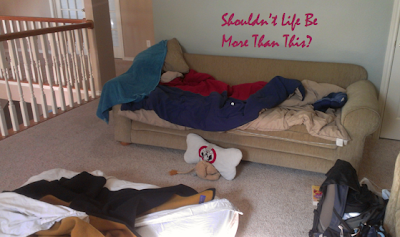 21. Where you slept - I love gathering together with family.  We are so accustomed to all being in the same house that we are pretty good at finding places to sleep.  There was a time when we would all visit my parents' house and a few of the five children would be sleeping on couches.  Somehow, the dog had earned a bed in my sister's room, but we were on couches.  Go figure.  My place for the past week was this couch.  It is so comfortable that I even slept on it after all the bedrooms and the air mattress were free when everyone left before me. 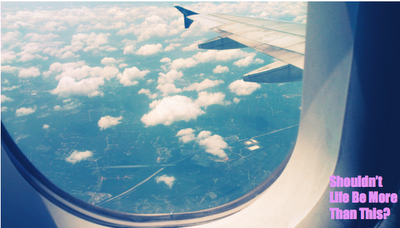 22. From a high angle - This was an easy, not very creative one this week since I was flying.  This is taken somewhere over the land between Atlanta and Houston. 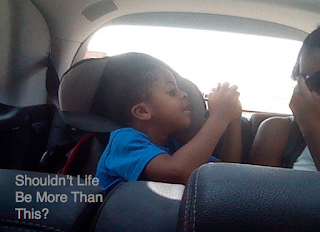 23. Movement - Nephew #1 is trying to be paparazzi to Kid Sis #3 during a car ride in Houston.  It still amazes me how easily young kids adapt to technology that we never had as kids.  This kid is so into his technology that the other day he was watching television and Kid Sis #3 told him he had to go to the bathroom to clean off his face and blow his nose.  His response was that he had to wait for the commercial because the television he was watching didn't have a pause button.  Seriously, kid?!? 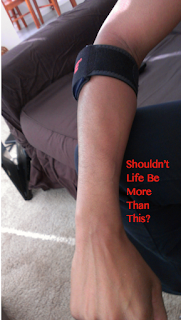 24. On your mind - I have been having pain in my elbows for some time now.  About a month ago, it became unbearable in my right arm.  It hurt to squeeze soap from the dispenser, to turn my wrist, to lift anything off the ground, or to push my self up from a chair.  I finally gave in and went to the doctor who diagnosed me with tennis elbow (which is apparently common even if you don't play tennis, which I don't).  The treatment includes deep tissue massages to work out any scar tissue.  These hurt like a mother.  After two treatments, I'm not sure if it is improving yet, but I do think I have figured out that the twisting of my hair (like little braids all over my head) has caused the pain in my elbows.  I guess I may have to give in and pay to get my hair done.  It's been over a decade and a half since I have regularly gone to someone and paid to do my hair.  There have been two times that I have paid.  I'm really not trying to pay to have someone do my hair, but I guess I may have no other option if I want my arms to heal. 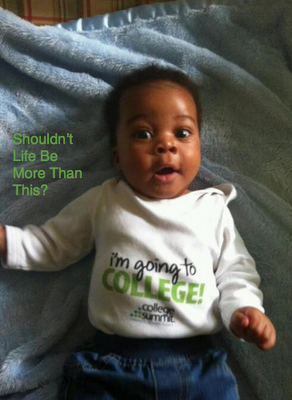 25. Something cute - Nephew #2.  So freakin' cute!!  It was awesome to get to finally meet him and so fun to make him smile.  He is wearing a onesie from the place of work of Big Bro and his girlfriend.  She shot this picture of him looking totes adorbs!! 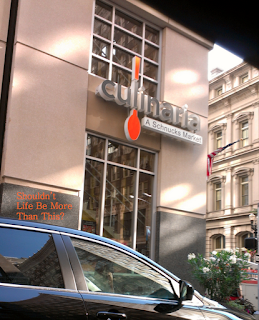 26. Where you shop - I've been meeting my boo for lunch each day.  It's a nice little thirty minutes of us time in the middle of the day.  Some days I make lunch from home and supplement it with some food from this fancy grocery store in the middle of downtown.  It's a Schnucks (if you know the store) but goes by a much fancier sounding name.  It is pretty nice on the inside and makes me feel like I need to dress up like all the business people that shop in there at lunch time.  Instead, I typically have on a pair of jeans and a blouse - casual Friday everyday for me, right? 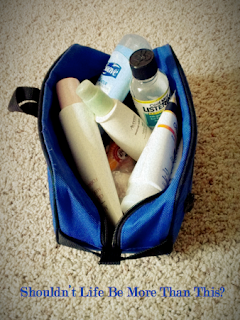 27. Bathroom - I was living out of a three bags all week: one for clothes, one with laptop, and one with toiletries.  I am organized enough to make it work and fortunate that Kid Sis #2 allowed me to use her washing machine a few times during the visit since I pack very lightly when I travel and reuse outfits.

You can see pictures from the first, second, and third week, too.

Next installation will be abbreviated since June ends before next Wednesday.
Posted by a.eye