I'm taking part in Photo-A-Day-June Challenge hosted by Fat Mum Slim.  I added each day throughout the week and now present images from my second week of June.

I'm very much enjoying the different tricks my new phone can do with its camera - it basically has Instagram tricks built into the phone.  My old phone was so old that I couldn't download anything or store any pictures or have any games on it or have too many text messages or it would freak out on me. 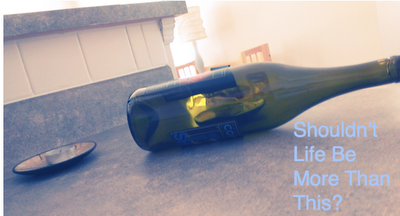 7. Drink - Watching the Stanley Cup game four was even better with a little cheap dranky-drank.  I always wonder about games when they have all of the paraphernalia ready to go and the team doesn't win (Picture the Super Bowl... they have hats and t-shirts ready for BOTH teams since they always don them right after the game).  Turns out they are sent to "third world" nations and sold in markets to the people there.  So, you can go to one of these countries and see people who have bought and are wearing Super Bowl Championship shirts with the winner identified as the team that was actually the runner up (and donated old school/team shirts).  With all the clothes I have donated from schools I have worked in, there are indubitably people rocking those, too.  Remember, your donations are not necessarily DONATED to the people that they are supposed to be benefiting.  Everyone has to make a profit.  The picture of the wine bottle is a little off kilter on purpose, right?  My attempt at art... or maybe just too much wine. 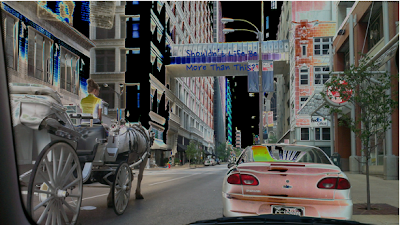 8. 6 o'clock - I was going downtown to pick up the boo from work.  I was waiting in my car, windows down since it was cool in the shade and their was a slight breeze.  Suddenly, I heard the click, clopping that can only be a horse walking.  I looked in the rearview mirror and saw it coming.  Took this picture with some kind of camera effect.  I momentarily wondered if they still use the little baggies for horse carriages - the ones so that horse shit is not littered in the street.  The smell, and my involuntary gagging, as soon as the carriage passed let me know that there had to be a collection of its defecation being carried behind that big clunker. 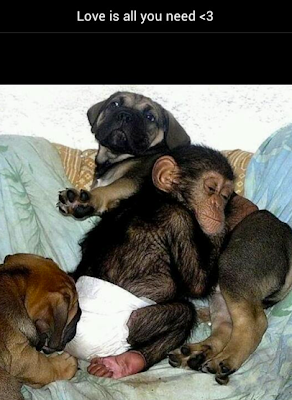 9. Your view today - This isn't something I saw today, but it is part of my mental view today.  I know that love can't cure all, but if people really love each other and love life and love to see others do well/better, then the world would be a different place.  (That was my hippy-give-peace-a-chance moment.)  Plus, baby monkeys and puppies are some of my fave animals!  Saw this picture posted on someones FB wall - I don't even remember who posted it - but I love it! 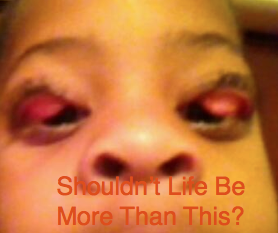 10. Best bit of your weekend - I always love talking with my sisters and brother.  I especially love talking with my little 4-year old nephew (I have two nephews, but the second one doesn't seem to like talking to me in our Skype meetings.  He can't seem to find the words and the concentration level to carry on a conversation with me.  I sometimes blame it on the fact that I have not met him in person.  I sometimes blame it on the fact that he is still young - four months right now.  He is really cute!)  Friday, Nephew #1's father scared him by chasing him around the house doing a monster face with his eyes like in the picture.  Saturday, we Skyped.  Nephew #1 could not stop showing me the new trick he had learned that was no longer scary to him.  I don't know how many times he asked me if I could do it and asked me to look at his eyes.  No matter what the conversation turned to, he found a way to weave it back to doing his eyes inside out.  But, I loved each time he did it and loved feigning disgust and fear when he did the face. 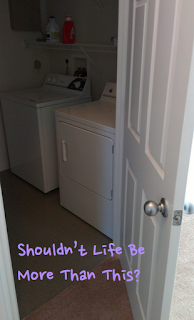 11. Door - I know this is not the most impressive door you have ever seen, but to me it is.  In my last place the laundry was in the unfinished, leaky, damp, moldy, dusty, ground-opens-up-to-dirt-outside basement.  I hated doing laundry.  I hated going into the basement - I always feared that an R.O.U.S. like from The Princess Bride would pop out at me and chew off my face.  On top of the grossness of the basement, the washing machine was on one side of the basement and the dryer was literally 22 paces away on the other side of the basement. (Yes, I count my steps... I do it often and don't always realize it.  You should try it to see just how far away 22 steps is... it was ridiculous!)  Now, I have the two laundry machines side by side and right off of the kitchen, so I can do laundry without feeling gross, without having to change into my "basement" shoes, without having to count steps from one machine to the other.  This door has simplified my life. 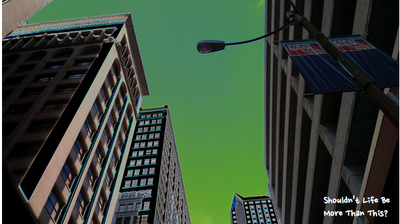 12. From a low angle - Another day picking up the boo from work downtown.  I took this picture between some buildings.  Don't fret... it was not the makings of a tornado.  I took it with a bunch of different effects, and liked the green sky better than the normal blue.  All the different lines and framing reminded me of my photography class years. 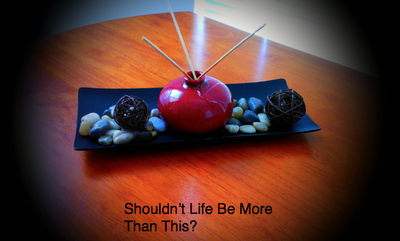 13. Art - This is the only really artistic thing in my place right now.  I think my apartment was one of the "show" apartments before I moved in.  There were nice candles, fake plants, floor mats, and cooking mitts in the kitchen, matching towels, an ugly shower curtain and gross rugs that I got rid of in the bathroom.  This piece was left as well.  I haven't put any scented oil in the container, but I still like how it all comes together with the rocks and the tumbleweed-looking things.

You can see the first photos from June.

More photos to come next week...
Posted by a.eye