Should we feel sorry for these people?

I have known people who were in bad relationships and did not leave the relationship despite the prodding from other people, despite the black eyes and bruised cheeks and arms and necks they suffered.  I have seen men and women in relationships who are basically being stalked by their significant other - can’t go anywhere without the person calling or texting to see where they are, have the other person checking their phone, car mileage, smelling their clothes, etc.  There are people who get involved with people who are into "bad" things and then they begin to do the same bad things (drugs, gambling, risky sex, not paying bills, etc).

I always wondered why they stayed with these people.  Are they really needy?  Are they desperate?  Are they settling? 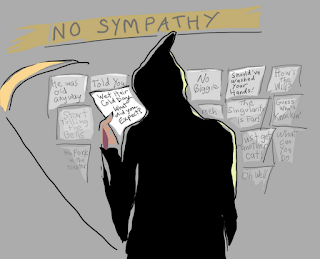 But it is some situations like this that make me really think about what my friend says about deserving what they get.

I think about Whitney Houston.  I know the autopsy is not released, but I also know that many people are assuming that her sad death must have been related to drugs.

A long time ago, people stopped feeling sympathy for her because she kept making choices that were detrimental to her.  Instead she was the face of ridicule.  The face of shame.  The face of many jokes about drugs and bad choices.

Now the sympathy is back.


I was shocked and not shocked by her death.  I feel horrible for her family that must deal not only with her passing, but also with the public nature of it (can’t get on Twitter, can’t watch the news, can’t watch the Grammy’s, can’t even turn to Vh1 Soul without seeing her everywhere).

I am not saying we should’t feel anything for the people in these various situations, but perhaps (don’t hate me) we should not be using up our energy feeling sorry for them.


Instead, we should try and help them see their situations in a different way so that they realize that they really are better than what they are suffering through.

This is my Stream of Consciousness Sunday post.  Learn more by clicking the button below. 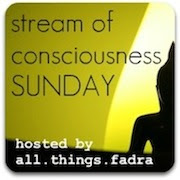