I just passed the 400th post mark for this blog last week.  It happened with no fanfare.  I didn't even realize it until today.

In honor of my writing and because I have posted for over 50 days in a row, I am going to put a spot light on some of my past posts that stand out to me (page views, comments, content, title, whatever).

Possibly the worst invention ever - Seriously!?! Who's idea was this and why do they still exist? 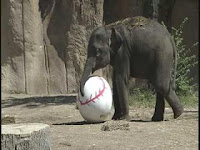 All-star game and meth issues - Because I don't love baseball like everyone else does.  Read what I would rather do than even think of going to a game.

Six Items or Less - No undies don't count:  I took part in the experiment of wearing only six items of clothing for an entire month.  It was truly great - liberating.  I wear more than six items now, but still find that they all basically look the same.

Basically effective - In part because of the 6IOL, I began getting rid of a lot of clothing.  That led to me simplifying my life in other ways.  Again, liberating.

Even Niecy has never seen such foolishness - If you have seen Messiest Home in America with Niecy Nash (I think Vanessa from the Cosby Show took over) you know that these people have a hard time getting rid of items.  The images of their homes are shocking.

Wordless Wednesday: Beautiful images of women/girls - After all that nastiness it is great to look at awesome art.

Wordless Wednesday: Bras - Just because the pictures are funny.

Human Rights Art - Not all art is just to be viewed.  Some of it has messages.

After all my logic and my theory I add a... - There is no way this city should be in this top 10 list.  Even have a shout out to Lauryn Hill at the end and in the title of the post.

More than a pain in the neck - This surgery was just another ailment that I have had to deal with of late.  Fortunately it worked out and is healing well.

Courting, colours, cafeterias, and cotton - Looking at different issues of race and my past with such topics.

Worry less and feel good anyway - This is my goal for this year.

I've written a lot and hope that I am getting better as I focus on writing more often.  Congrats to me for 400+ posts.  Here's to continued writing and more consistency even after this NaBloPoMo is finished.
Posted by a.eye