Brother from another mother 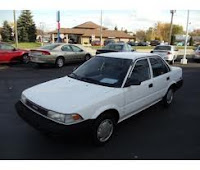 When I was younger I had a group of friends who were like family.  I don’t really understand how it happened, but somehow we used to regularly fit 8 (sometimes even more) of us into the Toyota Camry (The Camr since the y was missing) that my parents let me drive at the time.  I was newly 16 and newly licensed, but our parents were happy that they didn’t have to drive the almost 20 miles between each of our homes for us to visit - that became my job.  We would regularly drive back and forth to each others' homes like it was driving around the corner.

We had so much fun together.  The girls all went to Girls Inc and suffered through the stale bread, chunky milk, and incessant hysteria, severely mispronounced names, and hand claps that were the summer camp.  All of us danced together learning moves from Aunty Gloria’s brilliance.  All of us would scarf down freeze-pops like they were our fix.  We would suffer through making chin-chin in the kitchen Saturday mornings and random days in the summer time.  We would make hot wings and French bread for lunch and follow it up with more freeze pops and some Sister Act II or Sarafina singing.

As time went on, they moved to Texas, and I still miss those hilarious times where we literally had all of our heads sticking out of the Camr (including mine) and just acted a straight up fool in public places just to see if we could.  Good times.

We rarely saw each other over the years, but we are still cool when we see each other.  Kid Sis #1 was a bridesmaid in the oldest one’s wedding.  Their mother is the first to know anything that is going on in our family as my mother and theirs are still the best of friends.

Last summer, Bio moved back to StL (for two years) to go to grad school at Washington University.  I was super-excited when I found out.  He is, of course, no longer 10 yrs old, but he is still awesome and hilarious - just in a bigger, more muscular frame.

It is really awesome to see him as a responsible adult going from collegiate scholar-athlete, to work, to grad school, to summer internships with the company of his dreams (hook a sister up with some Gatorade for my teams, bro!), to a job offer from the company that is no longer a dream, to seeming to be genuinely enjoying the life.

He cracks me up about something each time we are together, and each time we text each other.
And he was ready for me the instant Lauryn Hill announced her StL Pageant concert.  What a blast.  So happy to have shared that experience with him.

Just like my brother, before each of their births, I hoped that each of my three little sisters was a little brother.  It never happened, but I love my sisters incredibly.

Even though my birth parents did not provide me with one, I got one in him.


His birth mother and father took him away from me for a long time, but being reunited has been great.  I know I don’t see him as often as I should, but when we do see each other, we haven’t missed a step and everything is fabulous.

Happy birthday, Brother-From-Another-Mother (and father).  I love you Bio!
Posted by a.eye